With 13 girls remaining in season 22 of ABC’s The Bachelor, the drama started early and the dates went big-budget as Arie Luyendyk Jr., self-proclaimed “Racing Realtor” with RE/MAX Excalibur in Scottsdale, AZ, wasted no time on the track to love with private jets, Louboutins, and a trip to wine country.

Arie is just one of five industry pros on the cast and not the only RE/MAX affiliate who made an appearance. Caroline Lunny, Realtor with RE/MAX Consultants Realty in Miami, also tried her hand at closing the deal this season – don’t give up on love, girl!

But what have we seen this season and what can we expect to see as the show makes a pit stop in Fort Lauderdale for the next round of dates? 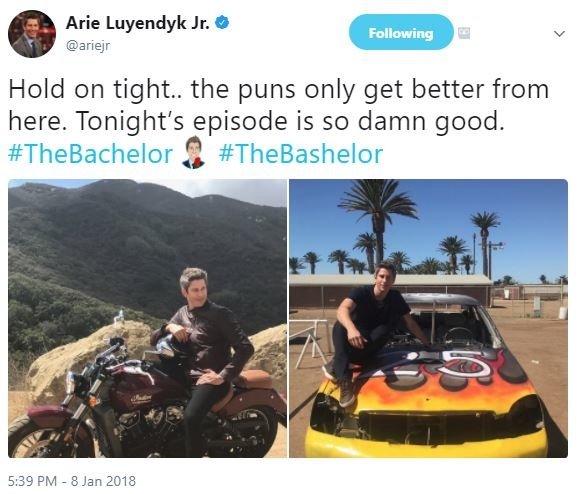 While we sit shotgun watching Arie’s journey to love, a few questions remain. Will a RE/MAX power couple emerge when the black and white checkered flag waves? Will Arie present the key to a dream home instead of a ring this season? Only time will tell.

You can watch as Arie takes the wheel as The Bachelor every Monday night on ABC.

Search For Properties
Learn More About Buying
Find The Value Of My Home
Schedule A Call
Read Tips and Tricks
View Featured Communities
See Client Success Stories
Talk About Selling My Home
HOW MUCH IS YOUR HOME WORTH?
FREE Home Value
FREE Download: New Home Buyers Guide
Download
Have Questions? Let's Talk!
SCHEDULE A CALL
You may also be interested in...
Join RE/MAX in Supporting #ChildrensHospitalsWeek
RE/MAX agents’ passion for helping others extends beyond home sales and purchases. Since 1992, through a partnership with Children’s Miracle...
3 Questions to Ask Before Hiring a Moving Company
Whether it’s a long-distance move or you’re relocating within the same city, finding the right movers isn’t easy. Long-distance moves,...
From Tenant to Homeowner: What you Need to Know
We’ve racked our brains and the best thing that can be said about being a tenant is that you aren’t...
close
Get A FREE Home Valuation!
LET'S DO IT!